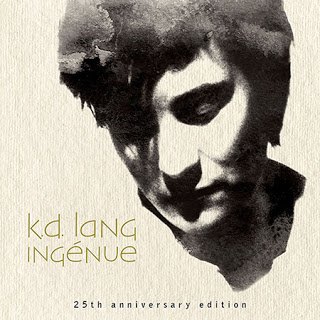 I recently tweeted a link to this great NPR interview with K.D. Lang about the 25th anniversary of Ingénue. It is really worth a listen, especially if you have an appreciation for this album or any of Lang's work.

I finally got the 25th anniversary edition and it's worth every penny.

I've been in love with this album since it was originally released.  I didn't think there was anything wrong with the album. But, this remaster is so full and vibrant, making an album I already loved even better.  The 2nd disc is a MTV Unplugged performance of most of the songs. It's a great companion to this wonderful album.

I know and like people that don't like this album. It's ok for them to be wrong.